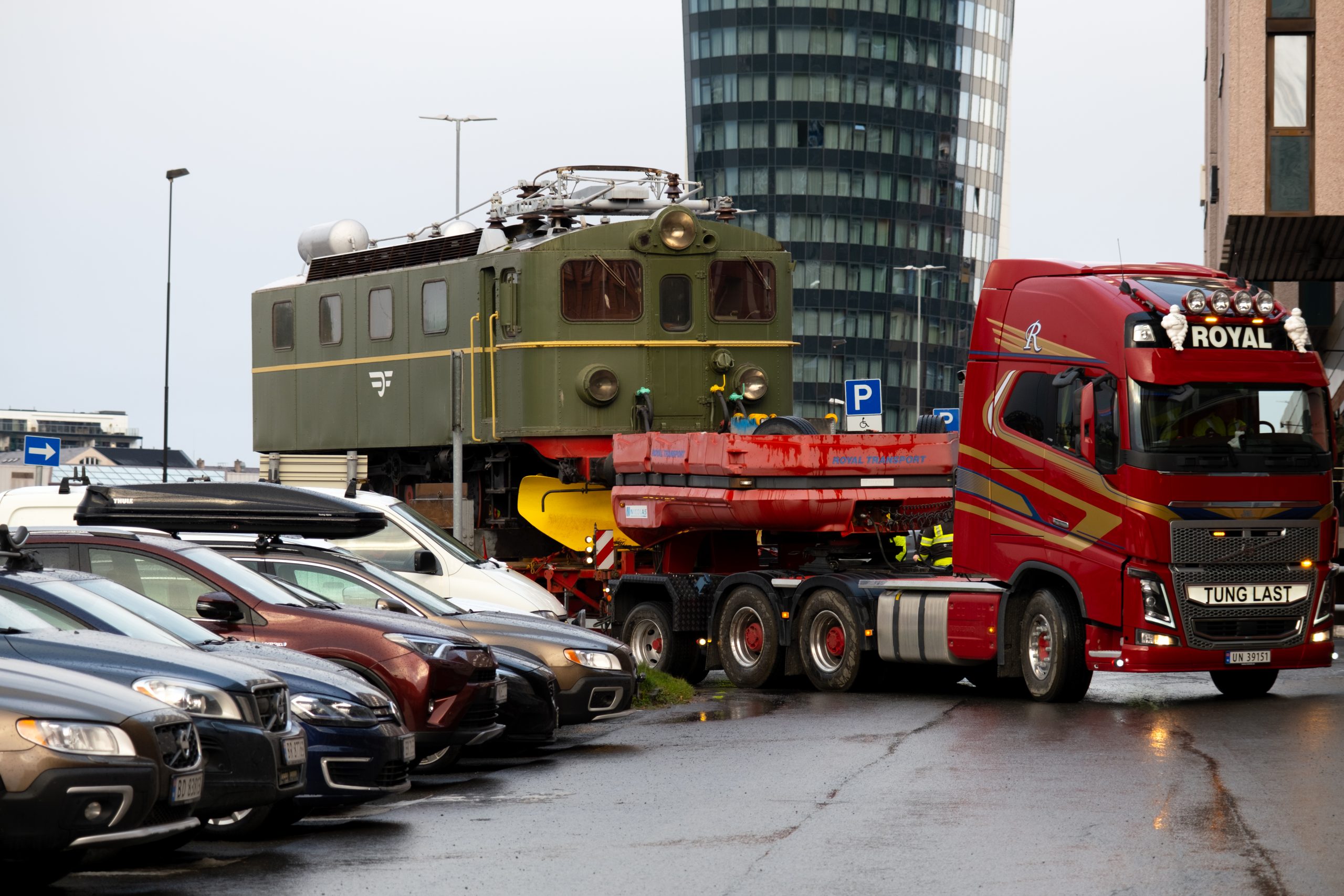 Narvik Museum’s electric locomotive is moving to permanent location. This week you could witness a train ride through Narvik.

On Thursday 28 October, the first of the two sections of the El. 12 locomotive set was moved to a permanent location outside Narvik museum. It was a relieved department director who oversed the move.

– It’s incredibly good to be in the process of moving El. 12. It’s been planned for a while and I have to admit about some nerve-wracking days in advance. We at the museum look forward to finally showing this unique cultural treasure to the public, says Jon Framnes.

El. 12 consists of sections 2119 and 2120 and has been in the museum since 1992. The locomotive set was restored in 2018. Permanent placement of the loks and dissemination concept has been worked on over the past two years. In one section of El. 12, an escape room shall be made while the other is preserved as it was dropped. The relocation assignment is carried out by Taraldsvik Maskin As.