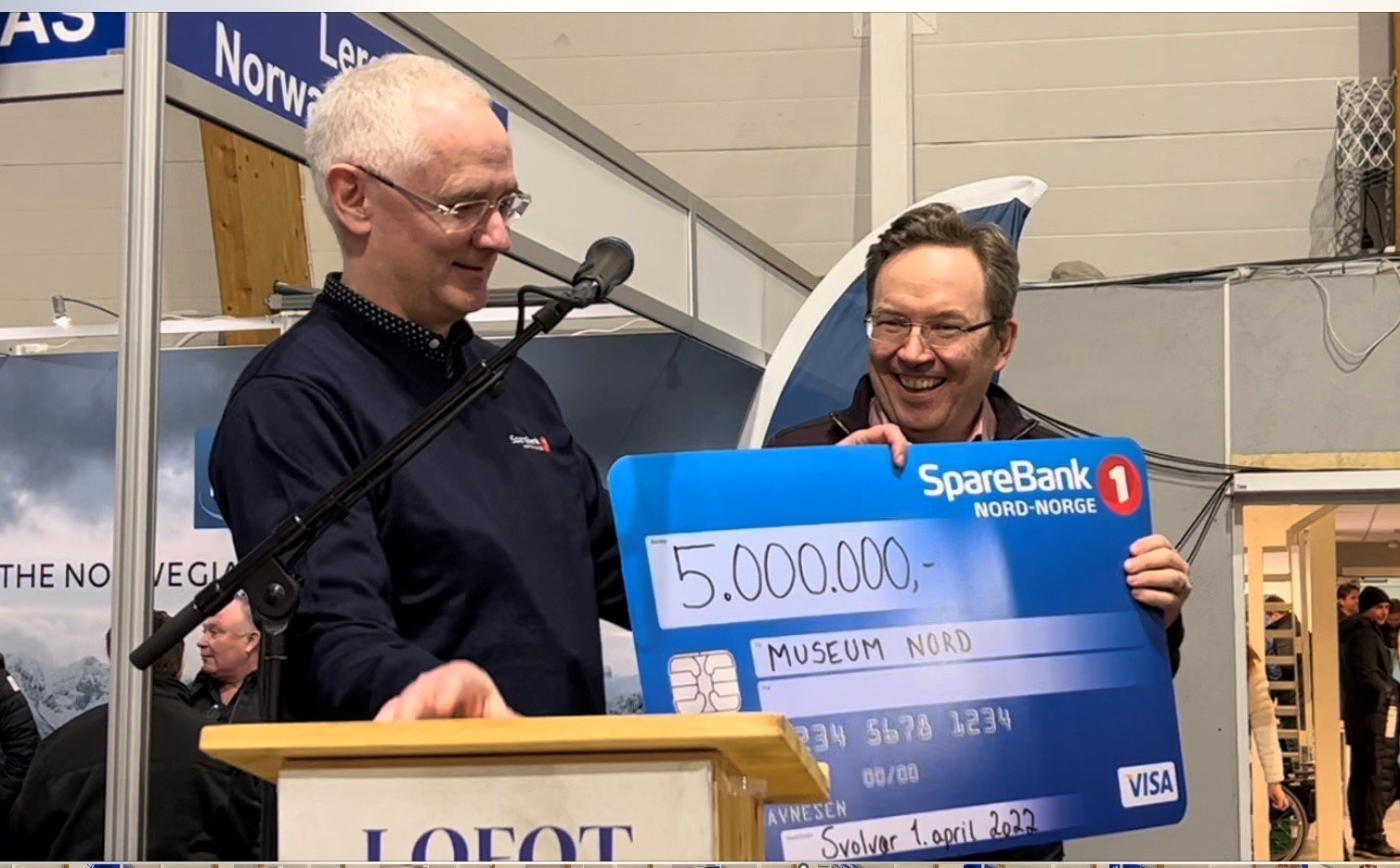 Million kroner donation for SKREI gifted from SpareBank1 Nord-Norge. The gift of kr 5,000,000 will support the part of the project.

No industry has left such a deep mark in our culture over as many centuries as the Lofoten Fishery, the large winter fishing. SKREI will become a knowledge centre and a meeting place – between people, fish, past, present and future. On Friday 1 April, during the opening of the fisheries fair “Lofotfishing”, Museum Nord received a large-scale gift for SKREI, from SpareBank1 Nord-Norway.

“Storvågan is the very hotbed of commercial lofoten fishing. It is symbolic that we have a fisheries fair so close to the new experience centre,” said Bank Manager Geir Bringsli of SpareBank 1 Nord-Norge. A new building will be built, tentatively called the Otolite. This will be the hub of SKREI, which also includes The Espolin Gallery, the Lofoten Aquarium and the Lofoten Museum.

The gift of kr 5,000,000 will support the part of the project that is upgrading the cultural heritage trails in the area. “It should be exciting to visit the area around the museum, both for guests and people who live here,” Bringsli said.

Director of Museum Nord, Geir Are Johansen, stated that the gift is a great help for us. And promised the public at Lofotfishing that SKREI will be a big living room for the fish, the fishing industry and future generations.