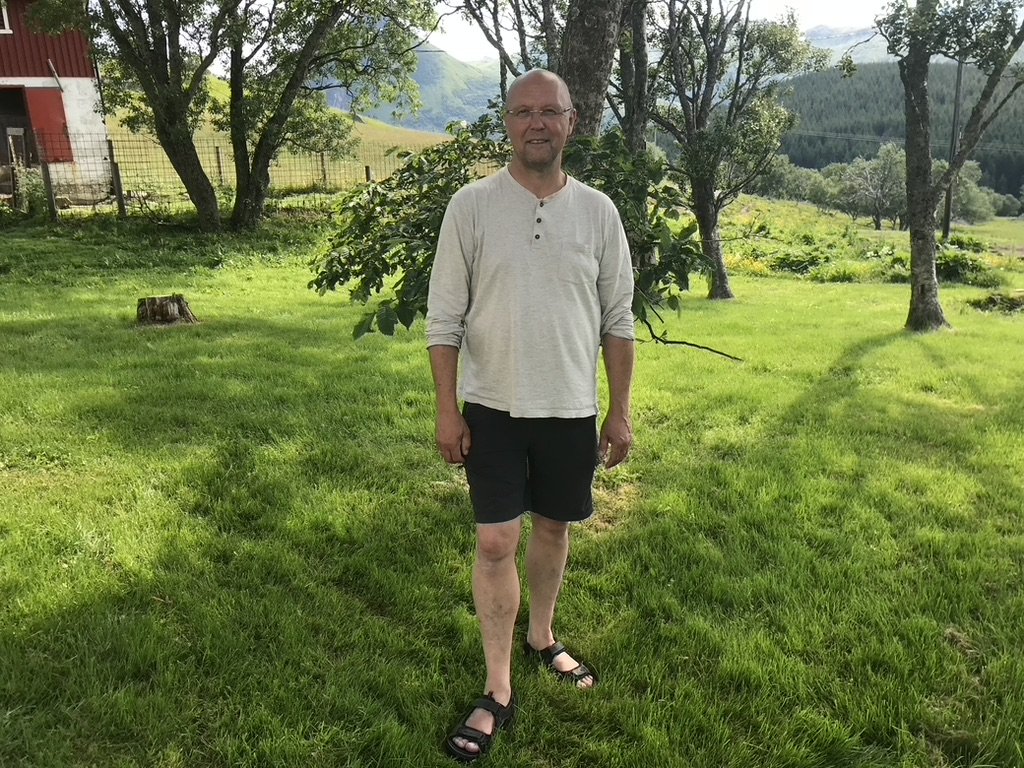 Jens-Henrik Andersen will be project manager for SKREI – a historical focus on the story of the cod fishery.

Museum Nord is pleased to announce that Jens-Henrik Andersen has been appointed project manager for SKREI, the national centre in Lofoten that will convey the importance of lofoten fishing and the importance of cod. He will have overall project manager responsibility for the establishment of SKREI, and will start work on 1 August. The position is a 3.5-year commitment and Andersen will join the rest of the SKREI team at Museum Nord.

Andersen has extensive experience from working with establishments of a number of exhibition arenas and cultural buildings throughout the Norway. He is originally from Trøndelag, but came to Lofoten in 2007 to build and run Lofoten cultural centre in Svolvær.

– Jens-Henrik has a broad experience from comparable establishments and in addition he knows Lofoten well. We are confident that he will add a lot to the SKREI project and are happy to have him on the team, says Geir Are Johansen, director of Museum Nord.

Museum Nord will in the next few years, in cooperation with Skrei Eiendom AS, develop and realize the SKREI project in the historic Storvågan at Kabelvåg in Lofoten. SKREI includes the establishment of a large new building, Otolitten, with exhibitions, dining facilities, dissemination arenas and magazines for the museum’s collections. In addition, Museum Nord’s departments on site, the Lofoten Museum, the Lofoten Aquarium and the Espolin Gallery will be upgraded and renewed. Infrastructure and landscape will be adapted for several users and the entire area of buildings will be developed into a holistic attraction for a significant number of visitors. SKREI will become an attractive year-round destination and create new jobs.

Andersen looks forward to embarking on the task:

– It’s a lot about getting the whole thing right in a project like this, where different dissemination activities, dining facilities, exhibitions and experiences will play together. Seeing the overall picture and having a good overview is essential, and I think I can contribute to that, he says.

He is also personally engaged in SKREI’s goal of highlighting the stories of lofoten fishing in particular and coastal culture in general:

– It’s time for us to realize this project. SKREI will tell about what is a large part of the basis for Norway’s wealth, culture and traditions. Fish has been one of Norway’s most important export products throughout history, and will be in the future. Museum Nord has already done an impressive work on the project, and I am grateful and humbled to be a part of this.

No industry has left such a deep mark in our culture over as many centuries as the Lofoten Fishery – the large winter fishing. Skreien spawns from the Møre coast to Finnmark, and fishing has traditionally taken place in the same areas. But the Lofoten fishery has taken on a unique position with the highest number of participants and the greatest catch. Stockfish has represented the bulk of Norwegian export value for a period of over 500 years.

The only urban formation in North Norway from the Middle Ages is “Gamle Vågar” in Kabelvåg. Here we can point to a place for this commercialization of the stockfish trade in the 12th century. The sites are located there to this day and are protected as a cultural heritage site of national value.

To convey this history, Museum Nord and Vågan municipality have taken the initiative to establish a national centre for lofoten fishing and the importance of cod for Norway in the past, present and future. The plan includes a high-quality knowledge centre that can communicate all relevant topics in both science and art and cultural history disciplines in a broad sense. The centre will highlight the connection between man and a fantastic renewable resource.

Visit the museums in Storvågan

Master of Norwegian art. Immerse yourself in artist Kaare Espolin Johnson’s expressive power and explore the life and destiny of coastal people.

Get to know the history of the Lofoten fisheries at one of the best-preserved manor houses in the region, with authentic fishermans cabins, traditional wooden boats and a historic garden.

Meet the arctic cod and other species of the Lofoten sea. Feeding of seals and otters.