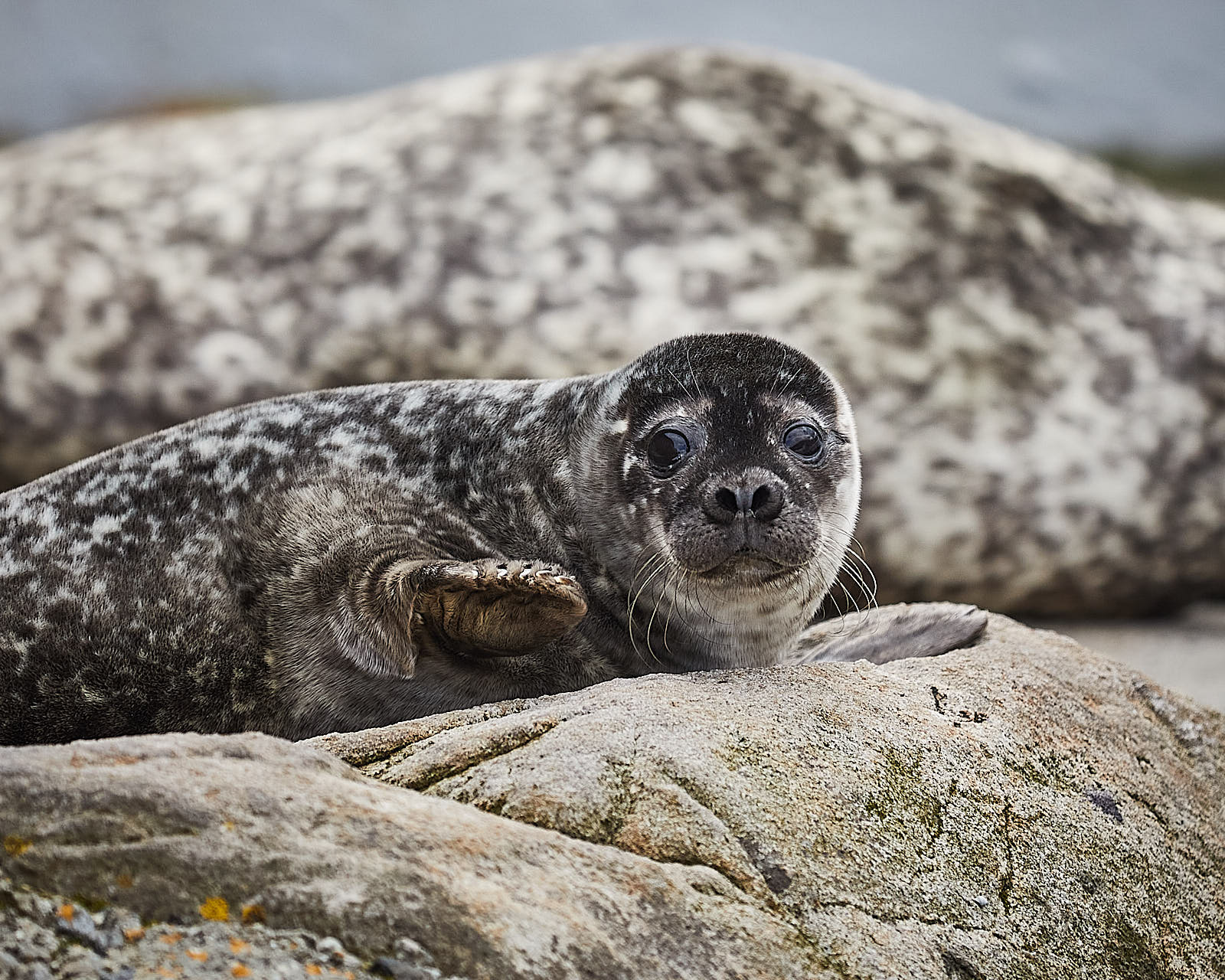 It is with great pleasure that we can welcome two beautiful seal cubs in the Lofoten Aquarium. There are great things when new seal cubs arrive and we look forward to following their journey further and crossing all fingers for them to make it.

On Monday 4 July about 10am, the first seal cub came into the world. The birth was quick and the baby was quickly out in the water. The mother, Lauser, has had steel control on her cub throughout the feeding period and looks after it well. A few days later, night to Saturday or early Saturday morning 9 July, Victoria gave birth to her baby. There weren’t many signs of a birth when we got to work. The only difference from the day before was that there were now two cubs in the water. Victoria is a little more secretive and prefers to feed while there are no people around. She’s not as close to her baby as Lauser is, but she also keeps a close eye on the kid from a distance and stops by and plays with her kid once in a while.

The seals we have with us are of the species of harbour seals. As a rule, this type of seal gives birth to its cubs around the end of June. Then they feed the cubs for 3–4 weeks, before the young need to start coping on their own. The cubs are in the water during the first hour after childbirth, and during the first day they learn to swim and dive. It often takes a couple of days before they have enough control of the body to get back on land, if they cannot make use of the tide.

The mother will always stay close to her cub and look after it during this time. The milk they produce contains 50% fat and the cub will be able to gain weight 0.5–1 kg per day.  Since the milk is so oily, the mother has to use most of her fat stock to produce the milk. Therefore, appetite will increase greatly towards the end of the feeding period. When the milk ends and the cubs are rejected by the mother, the males stand ready for mating. The reason why they mate in the summer is because then all the females are close to land at the places of birth and therefore easy to find. After summer, the seals will spread out and swim outwards into the sea in search of food.

The harbour seal has a gestation period of about 8 months, so in order for it to go up with childbirth at the right time, they have postponed implantation time. This means that after mating, fetal development stops for several months before implanting it into the uterine wall.

In Lofotakvariet we previously had 3 males, and the plan was for them to be sent to the aquarium in Ålesund before the mating season in 2021. The seals got off a little too late, and by the time they had left, both Victoria and Lauser had been “melted on the thick of it”, as it is called in good northern Norwegian. We could not see this until a couple of weeks before birth, as the only clear sign that a seal is pregnant is that the nipples grow out and become visible. Thus, it became a pleasant surprise when Victoria and Lauser gave birth to two cute little seals.

Digitization project with the National Library

In collaboration with the National Library of Norway, Museum Nord is in the process of digitizing audio and video cassettes.

Visitor numbers for 2022 set a record

After all the visitor numbers for October have been registered, we now have 250,000 visitors in Museum Nord. That’s a new record!

Our Struggle on Tour

During this week, students at upper secondary schools in Lofoten and Vesterålen will experience an exciting interactive forum theater based on the exhibition Vår Kamp.