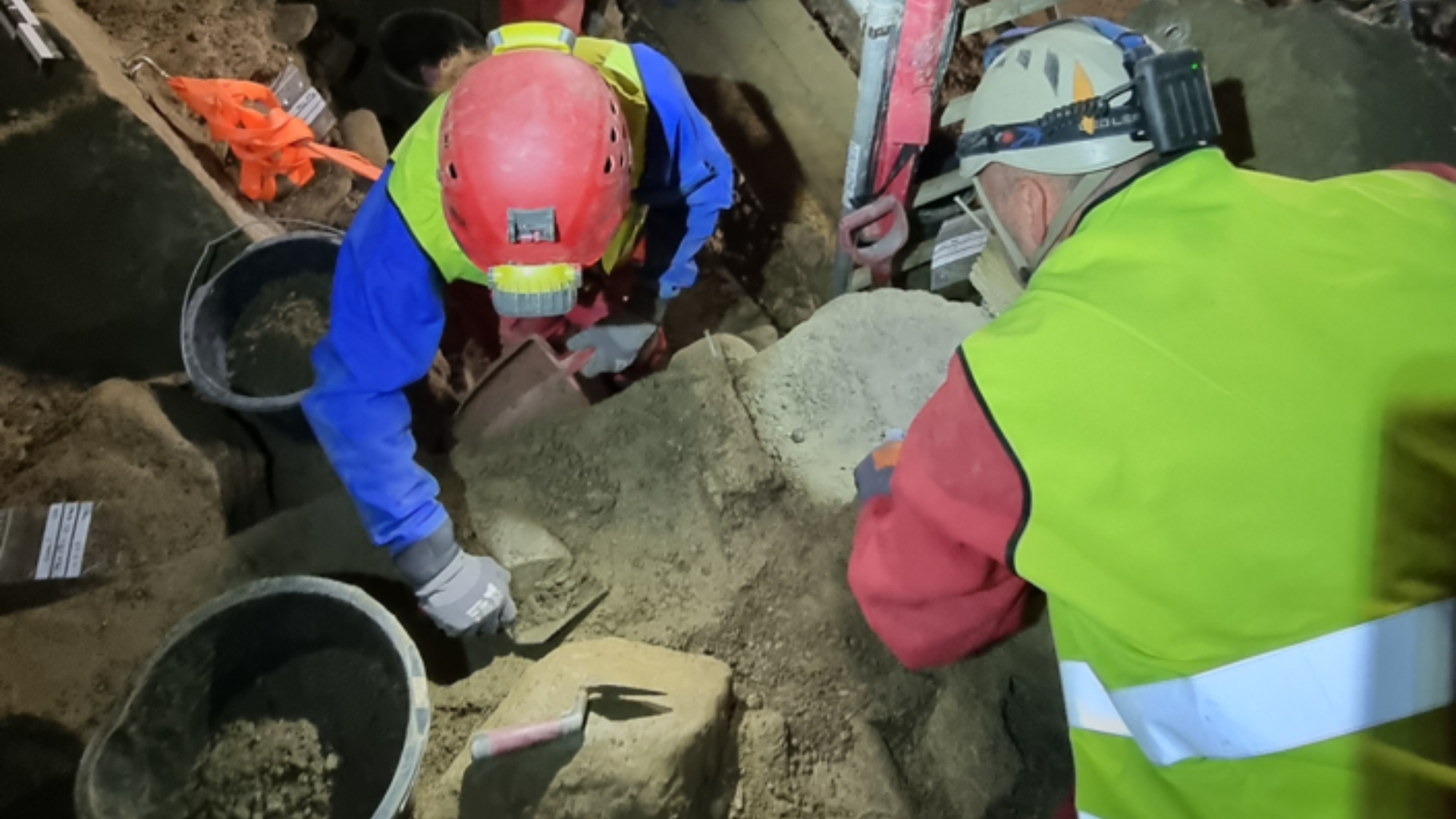 Two of the caves in question are the Arne Qvam Cave and Nygrotta. The former has recently been named after Arne Qvam, former leader of Norcem in Kjøpsvik. Qvam understood that the sediments in the cave could have value and built a wall 50 cm thick to protect the contents of the cave.

Do they find anything? The sediments have been deposited in the caves in different layers. Some of these provide little or no findings, while some provide exciting findings. The research team have discovered finds that are between 70,000 to 120,000 years old!

The sediments that have been dug out systematically in the caves are placed in buckets marked with which sediment layer and quadrant in the grid of the field it comes from, and are then washed through in the seeding station. There are two frames with visibility on top of each other, with 4mm and 2mm holes, and you flush through the sediments and pick out any finds.

The smaller sediments that fall through the first sieve, but are captured by the sieve below, are transferred into bags that are also marked with where it came from in the cave. These are later dried and then reviewed under a magnifying glass. Often, small fragments of bones and shells can be detected under the magnifying glass, which are difficult to see with the naked eye in the sieving station.

Our newly hired Administrative Associate Dissemination at Museum Ofoten, Kjersti Robertsen, has been with the research group in Kjøpsvik and gained insight into how they work with cave research in the EvoCave project. Kjersti has tried out working both at the sieving station and going through the sediments with tweezers under a magnifying glass in search of tiny fragments of bones and shell.

We look forward to following the project further!

Read more about cave research on EvoCave’s own blog here

Digitization project with the National Library

In collaboration with the National Library of Norway, Museum Nord is in the process of digitizing audio and video cassettes.

Visitor numbers for 2022 set a record

After all the visitor numbers for October have been registered, we now have 250,000 visitors in Museum Nord. That’s a new record!

Our Struggle on Tour

During this week, students at upper secondary schools in Lofoten and Vesterålen will experience an exciting interactive forum theater based on the exhibition Vår Kamp.