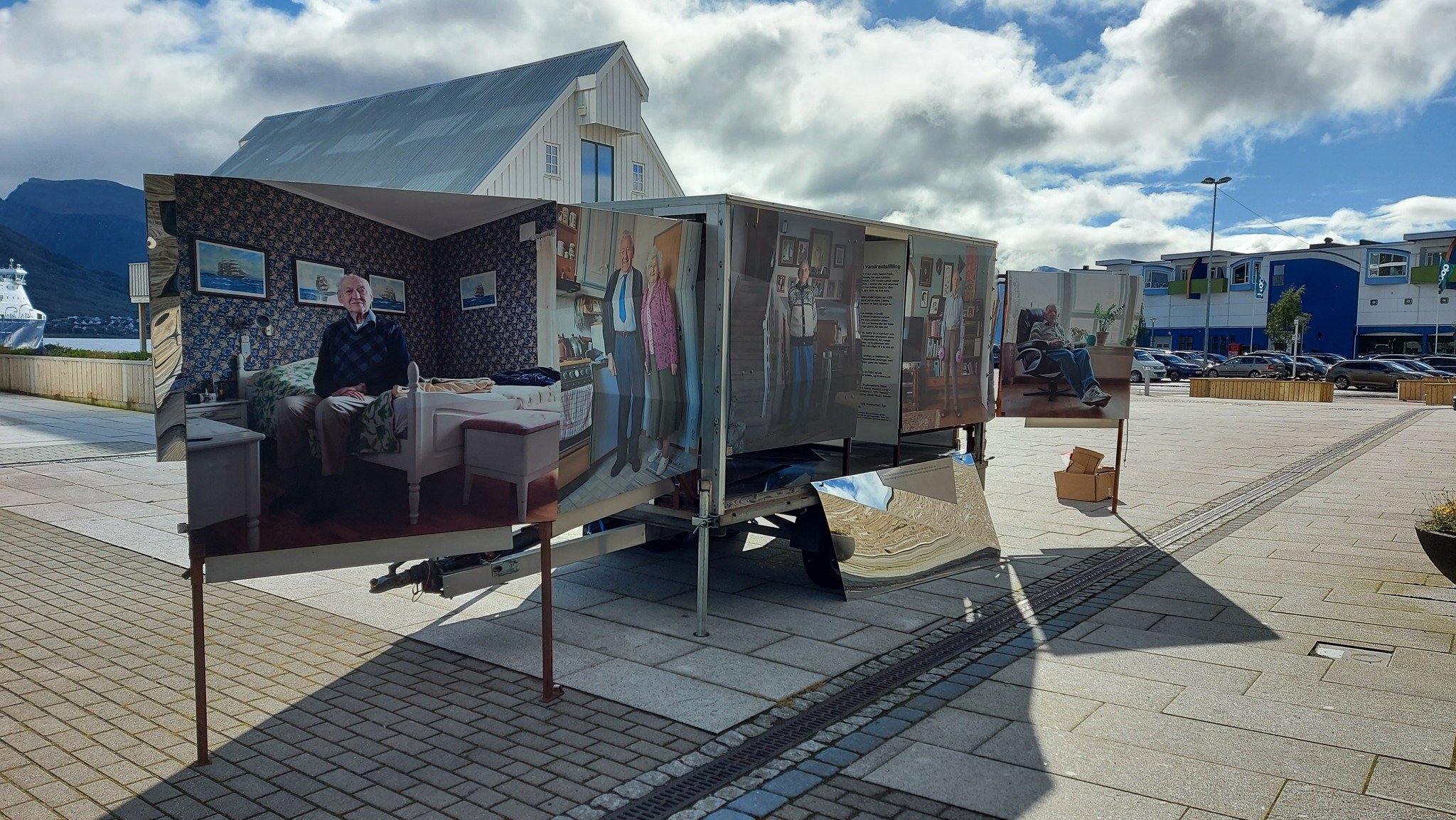 Experience War Sailors // a travelling exhibition outside Kulturfabrikken and Sortland Museum from 31st of August to 22nd of September.

Experience a thought-provoking outdoor exhibition on the square between Scandic and Kulturfabrikken. War Sailors // a travelling exhibition have finally arrived in Sortland and can be visited any day, around the clock.

This travelling exhibition serves as a memorial that’s put up near the ocean in different coastal communities, telling the stories of eight people who survived the war.

Through pictures and audio recordings, the exhibition tells a powerful story about life after the war, with a particular focus on mental health. During the war, over 4,000 Norwegian seafarers lost their lives, and several were very young when the war turned them into war sailors.

The exhibition can be experienced outside Kulturfabrikken around the clock, every day until Thursday 22.9.