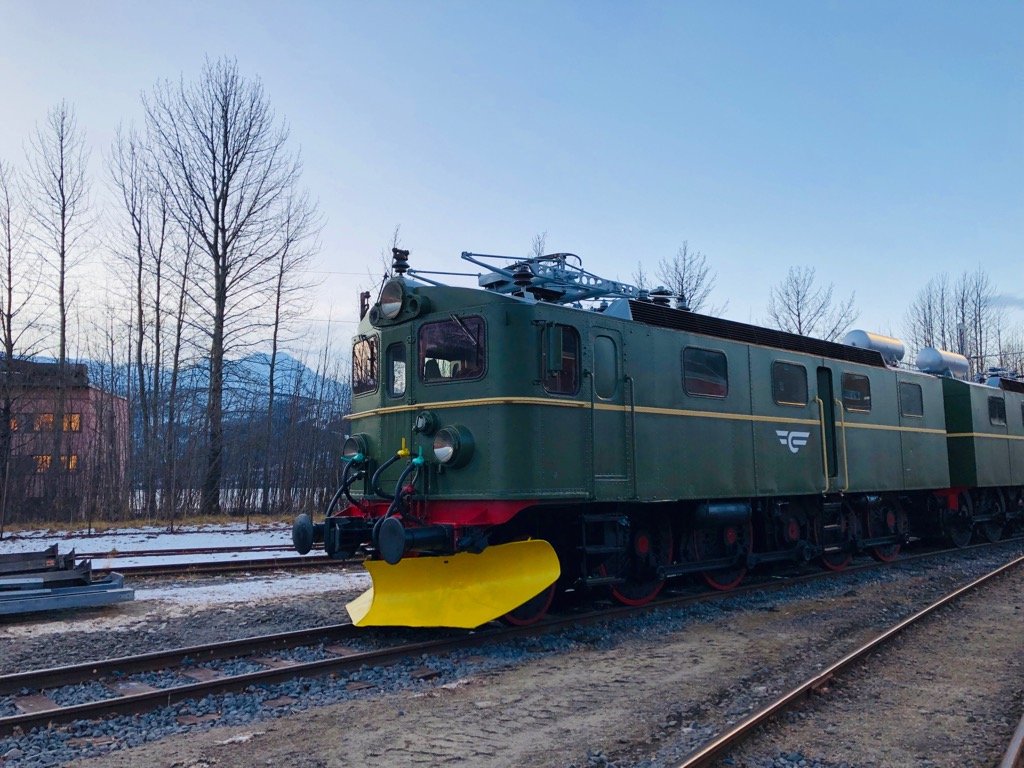 Did you know that Narvik Museum has its own electric locomotive? It’s true! The locomotive is called El. 12 and consists of two sections 2119 and 2120 and has been in the museum’s ownership since 1992. But before that, the locomotives have transported many tonnes of iron ore on the Ofotbanen railway.

From scrap to jewellery

After many years of decay, the process of restoring El. 12 started in 2018. The locomotives were cleaned of dirt and seagull nests and got new paint. El. 12 went from being scrap to becoming a piece of jewellery! But how could we make the locomotives available to the public? The locomotives were then inside a closed area where it was inaccessible to both us and the public. They needed a permanent location. Many ideas were launched, and it became clear that showing the locomotives in their natural habitat along the railway track was not possible.

Narvik Museum is in NSB’s old administration building, a building with a historical context and which at the same time is a bit reminiscent of a railway station. Why not move El. 12 and place it outside the museum? The idea matured for a while. Maybe it was not so stupid after all? At the same time, it facilitated a major further development of Narvik Museum and sharpening of the theme. The location of the museum is, if possible, a bit off-center, but there are few places that can boast the spectacular view of Narvik harbour.

In the autumn of 2021, work began on moving the locomotives to a permanent location outside the museum after almost two years of planning and obtaining funding. Follow the journey of El. 12 in the video under.

El. 12s two sections are placed behind the administration building on railway tracks. In one section, an escape room will be created while the other will be preserved as it was when El. 12 were set aside.