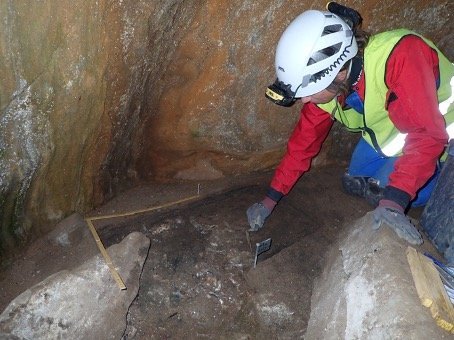 The EvoCave is a research project exploring the caves in Kjøpsvik, to find out what the cave systems hide from past life and history.

The limestone caves in Kjøpsvik are unique in a world context with one of the few places in the Nordic region with such old traces. Thirty years ago, cave scientist Stein-Erik Lauritzen found bone remains from polar bears in the cave system that are at least 70,000 years old. In addition, discoveries of bone materials from wolves, seals, field mice, cod and guillemots have been made. EvoCave picks up the thread, starting with excavations in Kjøpsvik in 2021.

Did you know that the marina at Hundholmen outside Kjøpsvik used to be a mine?