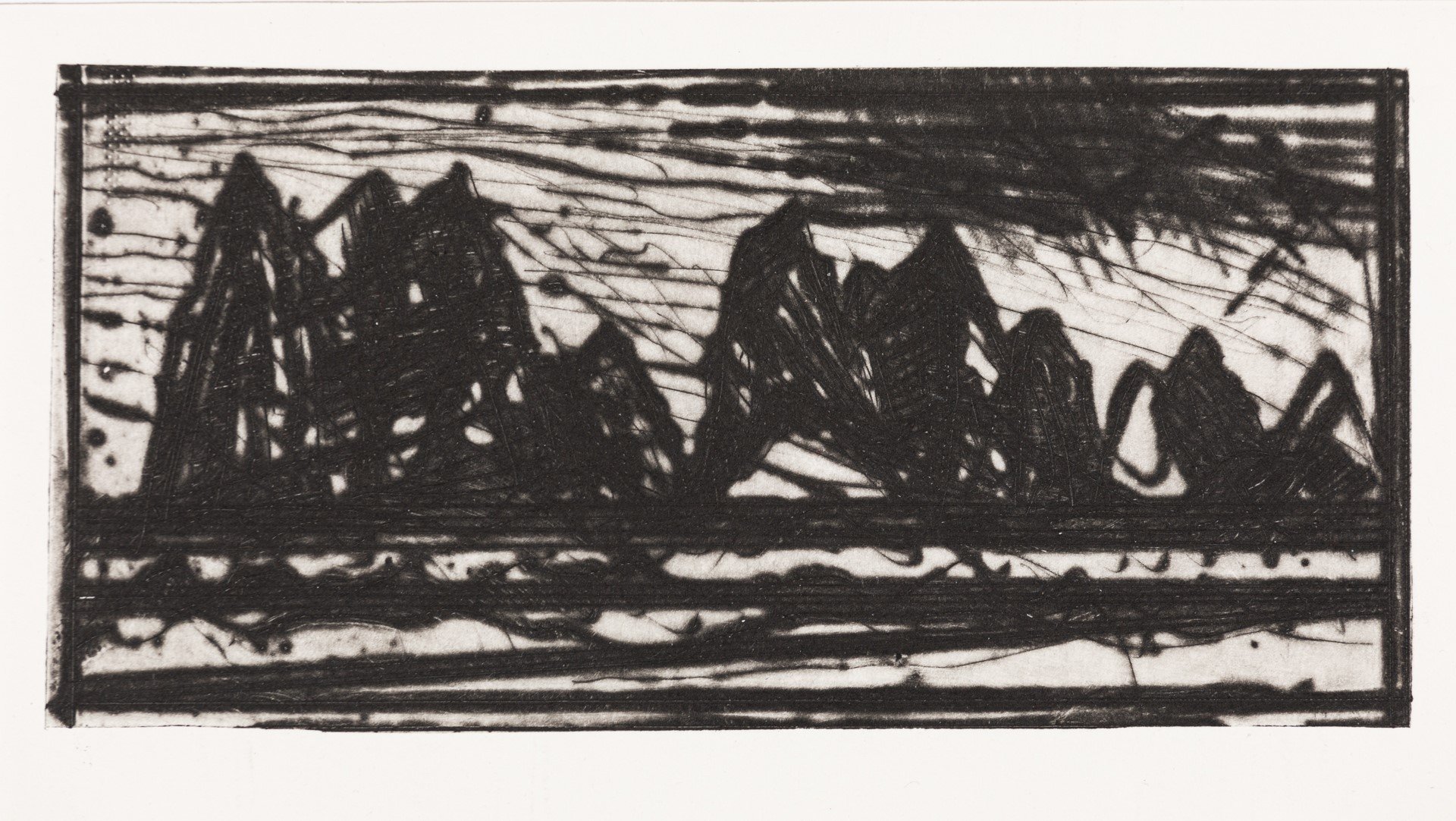 Large graphics exhibition by Thor Erdahl displayed at the Espolin Gallery, Thor presents a selection of images from his graphic production over fifty years.

Celebrating 70 years! Artist Thor Erdahl turned 70 on May 22. The exhibition at the Espolin Gallery is the last of three solo exhibitions the prolific artist opens in the anniversary year. Earlier in May, Erdahl opened an exhibition with his paintings in both Galleri Syn/NorlandiART at Lovund and Adde Zetterqvist Kunstgalleri at Storjord in Saltdal. Thor Erdahl (b.1951) graduated from the Norwegian National Academy of Fine Arts (1972–78) and the Norwegian National Academy of Craft and Art Industry (1969–1972) in Oslo. He has held a number of exhibitions in Norway and internationally, since his debut at the Autumn Exhibition in 1974. The artist is represented in the National Gallery, Nordnorsk Kunstmuseum, University of Tromsø, Norwegian Arts Council Norway, Troms County Municipality, the Hurtigruten ships “Kong Harald” and “Trollfjord”, etc.

He has delivered several public decorations, in the surrounding area one can note Kabelvåg Torg. Nearby is Lille Kabelvåg – art gallery and museum, which he has built up with his wife Inger Anne Nyaas. The exhibition Imprint 1971–2021 will be displayed from Saturday 26 June until 22 August 2021.

The exhibition is supported by Nordland County Council.