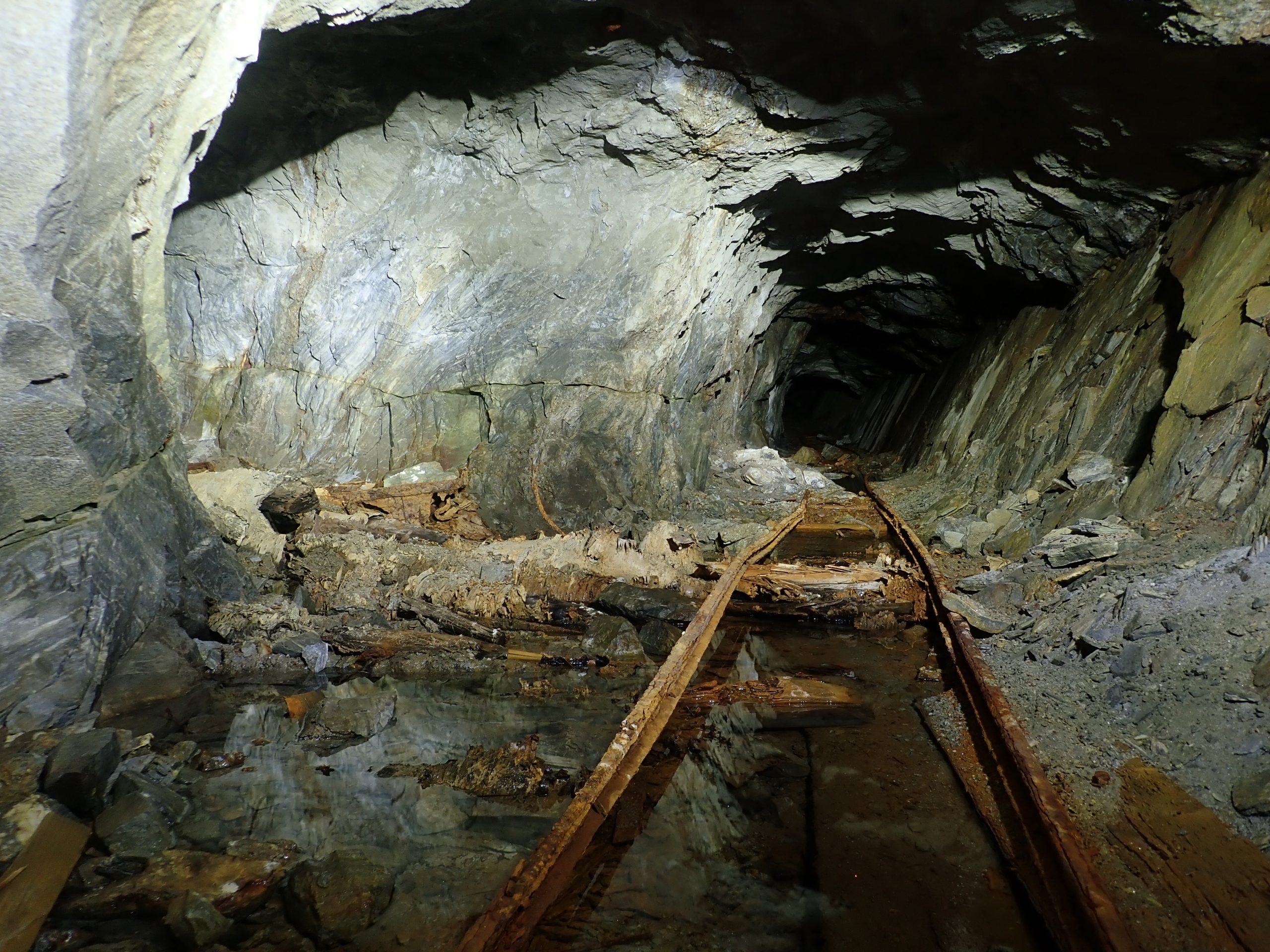 The story of the Melkedalen Copper Mines Ltd or copper mines in Melkedalen begins at the end of the 19th century. When the mining adventure in Jernlia ended in 1898, the director H.A. Hielm took crew and tools with him and went over the mountain to Melkedalen.

Håkon Olsen Dypdalås had come across the copper-containing limestone deposit in 1895. Hielm experienced sharpening in 1898 with the English investor Richard Thomas, who liked what he saw.

120 employees worked in the mine at most. But as with several other mines in the area, optimism was greater than the commercial ore deposit. The business was constantly running into deficits. The adventure in Melkedalen ended in 1913 (from the book “Treasures in the mountains”).

«The enrichment plant in Melkedalen. In the background Store Hjerthaug. In the foreground, miner Karl Hansen ». Photo: NGU-Steinar Foslie, 1915
The laundry at Melkedalen mines, where construction started in the autumn of 1901. Unknown year in the picture, but probably after the closure in 1913.
Inside one of the adits in Melkedalen in the autumn of 2018.

Map over the copper mine in Melkedalen

The map, by Steinar Foslie, of the mines in Melkedalen shows the lengths of the four chairs in vertical and horizontal profile. In addition to how the sinks connect the different levels. The map also shows the distribution of the ore.

The rich geology and mining history of the area, and the community that built it.

Perhaps one of the most complete of abandoned mining facilities in Ofoten is the quartz quarry at Keiploftet.