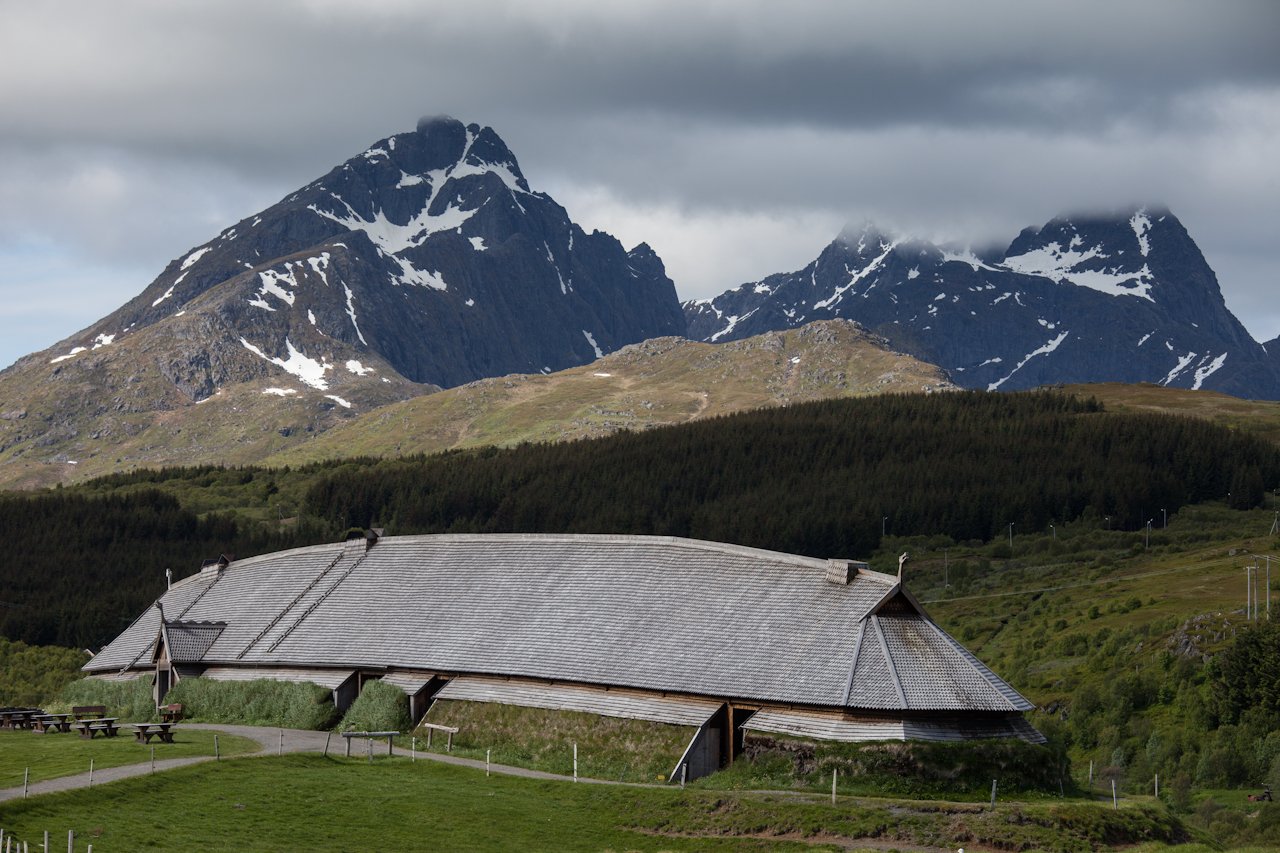 The excavation of the original building showed not only how long and wide the building was, but also the placement of, and distance between, the columns, the thickness of the columns, and how deeply they were set into the ground. This made it possible to calculate the strength of the construction – how heavy a roof it could carry. Based on these calculations, it was concluded that a turf roof might be too heavy, and so one chose the option with a steep and lofty roof covered in wood shingles.

Dissemination text on boathouses. Boathouse were and remain an important part of the maritime cultural landscape of Lofoten.

Fishing and sea capture in the viking age

Dissemination text on fishing and sea hunting in the Viking Age.