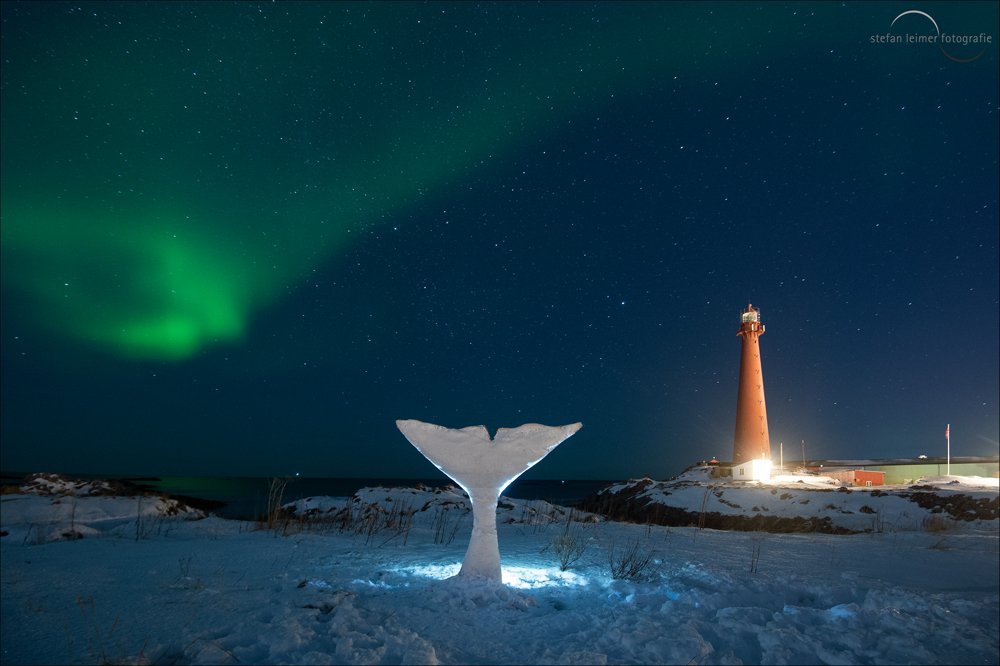 Andenes Lighthouse was completed in 1859 and is Norway’s fourth tallest lighthouse. If you visit the lighthouse, you can climb to the top and see the fantastic views. The lighthouse is also an important part of coastal history.

The story behind the lighthouse

Fishing has been a central part of Andenes’ history since the Middle Ages. But as a result of severe weather and a lack of a safe haven, many fishermen perished at sea.

One of the worst examples of this was the “Great Damage” on Tuesday 6 February 1821, when 30 fishermen drowned. In the centre of Andenes stands a bauta in memory of these.

Andenes Lighthouse was important to give safety to the fishermen. With a light that can be seen from over 30 km, you always know where to head.

Le Maire, a Danish lighthouse expert and masonry master, led the construction of the lighthouse. The workers were mostly from the Møre coast.

The lighthouse is built of cast iron plates from Horten Verft that were screwed together at Andenes. In addition, they used around 90,000 bricks inside to reinforce the tower against severe weather.

From the lighthouse was completed in 1859 until 1887, Sivert With was the first lighthouse manager. In his early years, he had several pilots as assistants. In 1865, after a conflict between With and the pilots, a permanent assistant for the lighthouse named Briccach was hired.

Sivert With also became a major driver for the development of the port facility at Andenes, which was completed in 1905, but it is a different story.

Andenes Lighthouse is still in operation, but has been automated since 1978. The light in the lighthouse does not light up in summer, as the midnight sun gives everything the light you need.

Technical details of the lighthouse

Inside Andenes Lighthouse you will find an exhibition about Norwegian lighthouse history and about the lighthouse itself. You can see out the windows on most floors, but the best view you get from the balcony at the top.

To get to the top, you need to climb 148 steps, spread over nine floors. From the top of Andenes Lighthouse you can see over 20 kilometers in each direction, and can see both the Northern Lights and the Midnight Sun, depending on the season.

The Andøy Museum ensures that everyone who wants it can experience the lighthouse. The museum is open daily and it is possible to book tours of the tower outside opening hours.

SKREI Stories: A HISTORY OF CONNECTEDNESS

Visit our online exhibition about the past, the present and the future of the Atlantic Cod.