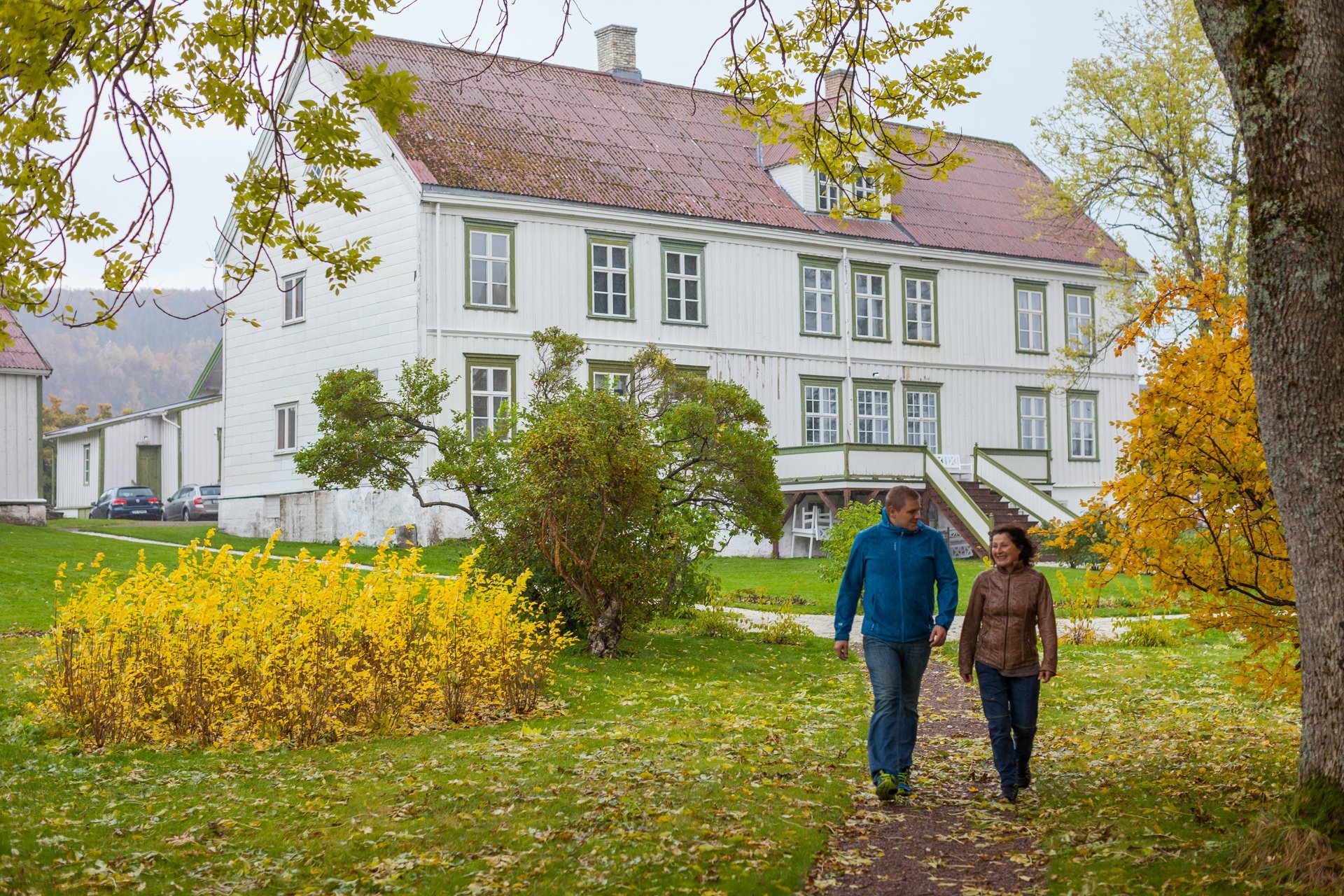 Melbo Manor‘s museum garden was designed in the English landscape style in 1890, and today there is a range of old perennials collected from Vesterålen and Lofoten.

Footpaths meander from the garden and further into the idyllic park.
Seen in northern Norwegian scale, this is a large garden with large edellauv trees planted about 130 years ago
The original perennial material is gone.
In collaboration with, among others, the Norwegian Genetic Resource Centre, the museum garden has become a clone archive for previously collected plant material.

The plant collection is an important part of the cultural history of the area we live in, and when it is also well signposted, many people enjoy going to our collections.

Melbo Manor is close to both primary school, upper secondary school and kindergarten and is widely used for both play and teaching.

From quiet farm to a small industrialized city within a few decades (1890–1920). The businessman and landowner Chr. Frederiksen was in the center of the activities. Visit the mansion that has been restored to it´s former glory.

Have you planted the potato?