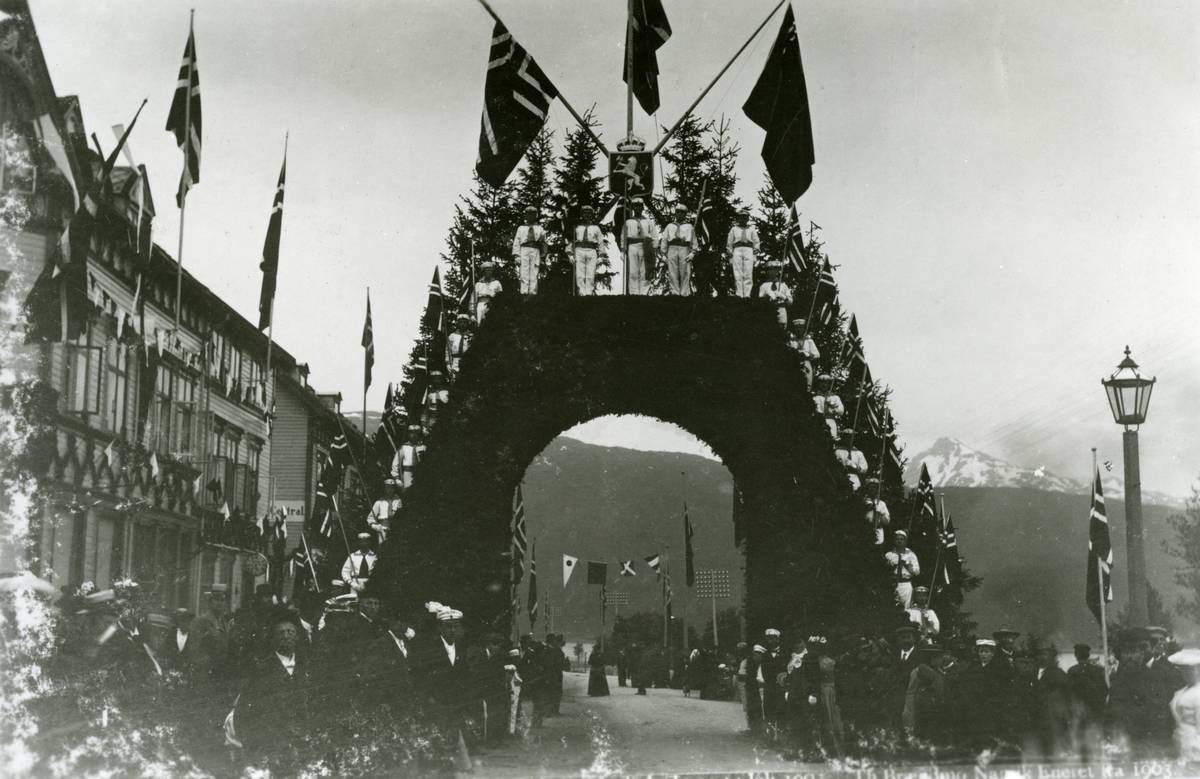 The opening of the Ofotbanen railway was marked with a huge ceremony both on the Norwegian and Swedish side of the border. And celebrated two times!

On 15 November 1902, the Norwegian Ofotbanen railway was connected to the Swedish Malmbanan on the National Border.

Gathering at Riksgrensen when the Swedish and Norwegian railway sections were connected in 1902.
Prominent guests were present to attend the historic event.

The official and solemn opening was made the following summer. 14 July 1903 it was opened by the Union King Oscar II and Queen Sofie.

Timetable for the royal opening train on the railway on 14 July 1903.
King Oscar II and Queen Sofie in the royal grandstand at Narvik station.
At Ofotbanen’s northernmost point, 3,1 km east of Narvik station, a memorial monument was erected which was signed by the Union King Oscar II.
Narvik municipality’s invitation to a gala dinner in connection with the opening of the Ofotbanen railway on 14 July 1903.
Everything ready for the celebration of Ofotbanen.
The gala dinner started in the railway’s workshop premises.

Although it has been a long time since the festivities and the solemn atmosphere from the opening of the Ofotbanen railway. It is possible to reminisce back to 1903.

On June 2, 1979, the memorial monument signed by King Oscar II was moved to Narvik station, and made more accessible to the public.
King Oscar II signature.

All historical photographs are from Narvik municipal photo collection managed by Narvik Museum.