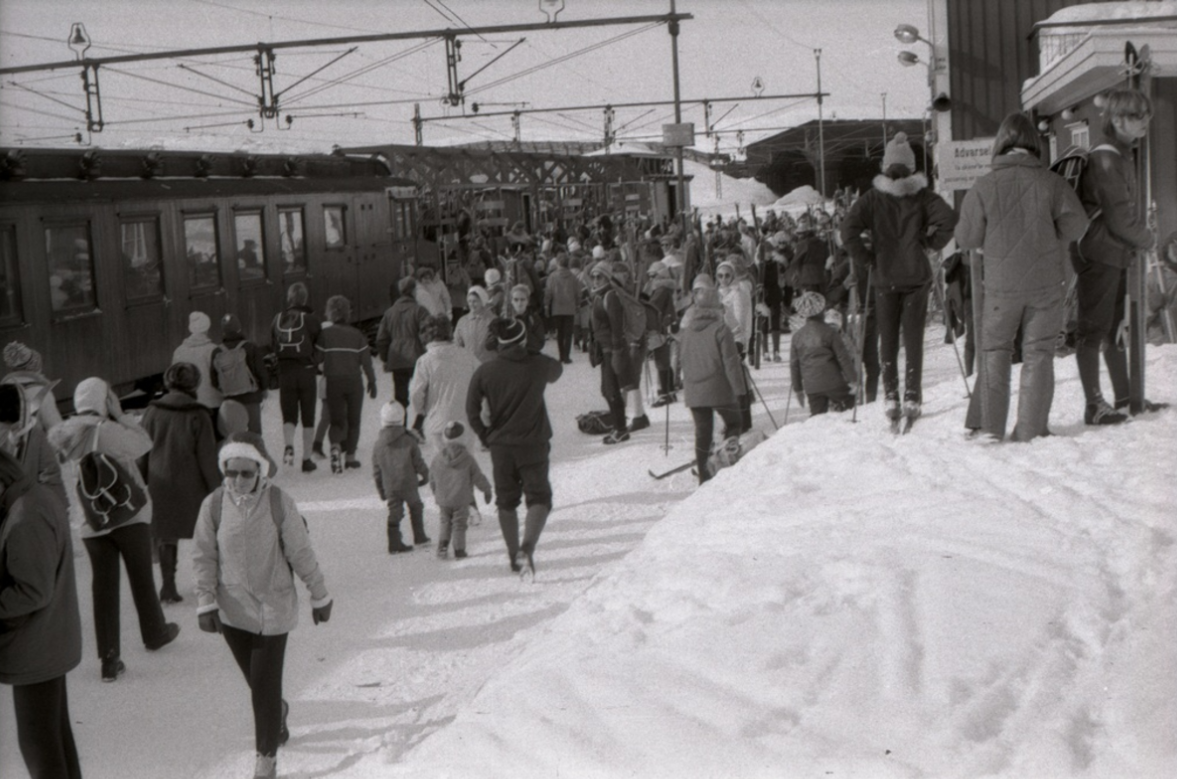 Where are you going? Søsterbekk, Haugfjell, Pettersenfyllinga, Grusgropa? The ski train or skier train had its heyday in the 1930s, 50s, 60s and 1970s with fully loaded trains up to and down from Bjørnfjell.

Even the east wind at Bjørnfjell was no obstacle for the ski tourists. When the E10 was completed in 1984, ski tourists began transporting themselves by car up to the mountain, thus disappearing the market base of the ski train.