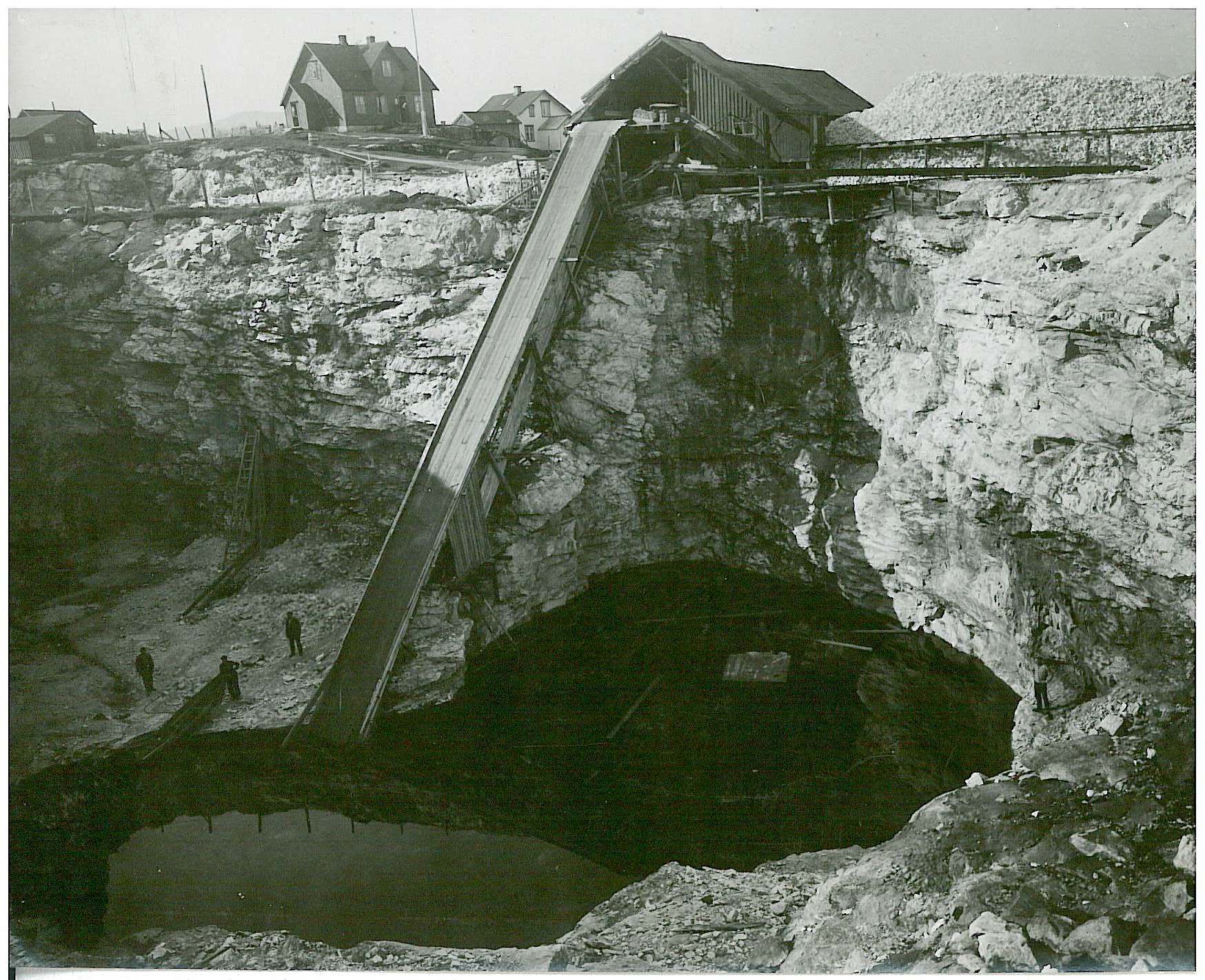 Did you know that the marina at Hundholmen outside Kjøpsvik used to be a mine? The mining for the feldspar at Hundholmen began in 1905.

The quarry at Hundholmen near Kjøpsvik was photographed in 1930. From there, the stone was transported by transport band.

Operations on the feldspar at Hundholmen began in 1905, with periodic operations until 1920, when the company was sold to Harald Stange & Co, which operated the quarry until its closure in 1959.

In the mid-1990s Hundholmen Small Boat Association blew up a canal from the 60 m deep breach to the sea. With that they got a well-protected and deep marina!

Have you planted the potato?

Carbide lantern with hook. It is a part of Ballangen Museums collection of historical objects.

The casting model is a part of Ballangen Museum collection of historical objects from the vast mining history.