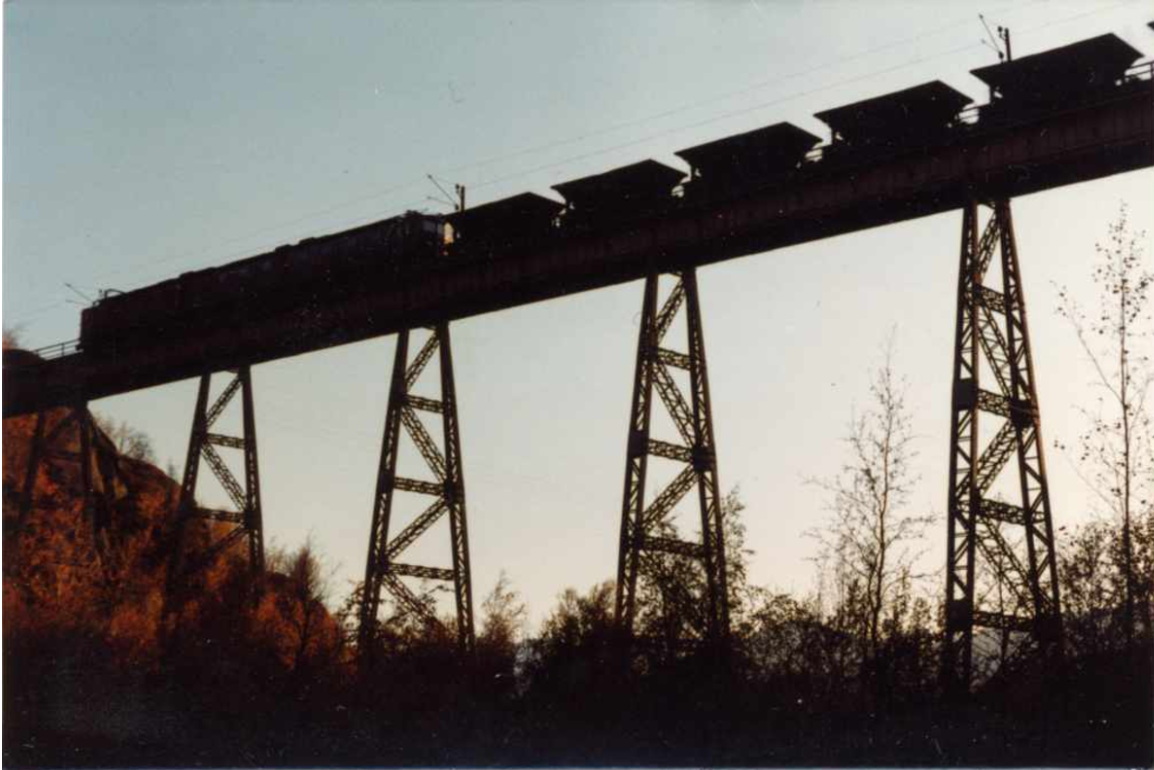 When the Ofotbanen railway was to be built, the Norwegian military demanded a special bridge on the track – a bridge that could be destroyed to stop enemy train transport. This is the story of the Norddalsbrua.

Sweden was probably a conceivable enemy, but it was Russia the Norwegians feared. Finland had been incorporated into Russia in 1809, and the new railway Luleå–Narvik would pass russian territory within a few kilometres.

At the top of Norddalen, a 180-meter-long pendulum pillar bridge, prefabricated in Germany, was placed to satisfy the Armed Forces’ requirements. The pillar parts were sent to Rombaksbotn, and from there transported to the construction site by horse. When the pillars were erected, the rest of the bridal parts were picked up by train from Narvik. November 15, 1902 rolled the first train over the bridge.
Norddalsbrua completed. The scaffolding is still standing.
At the foundations of the bridge at the far end, there were blasting chambers, and the railway employees who lived in the railway guard houses at the end of Norddalen were guards.
On 14 April 1940, the bridge was blown up by the Norwegian forces, but the Germans were able to use it after a short time after a temporary repair.
The bridge was taken out of operation on 1 October 1988 after a new line section had been built past. Today, Norddalsbrua is a technical cultural monument owned by Bane NOR.
At Narvik Museum, visitors can see a model of the bridge where the trains still run.

The history of the construction of the model of Norddalsbrua can be seen and heard here:

All the historical pictures are from Narvik municipal photo collection managed by Narvik Museum.