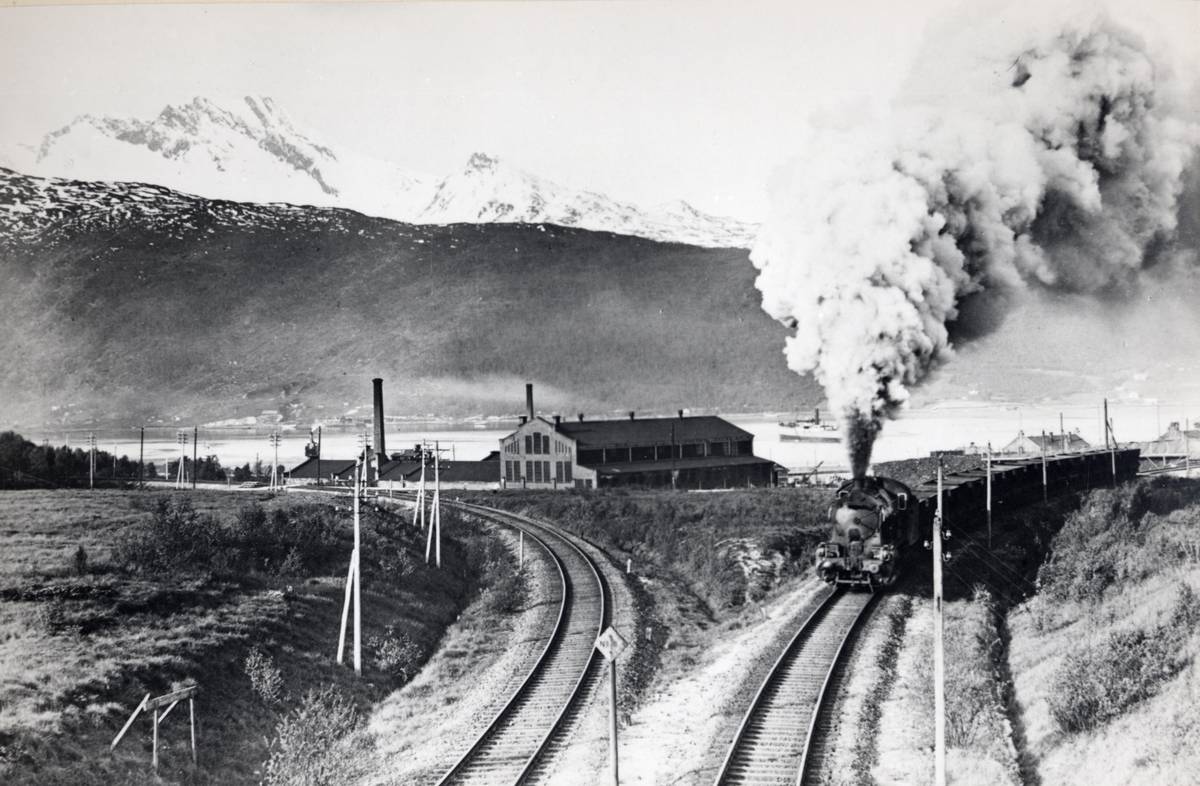 The 43 km long Ofotbanen railway runs from Narvik to the national border with Sweden. It carries iron ore, people and goods to and from Northern Norway.

The work was led by Ole W. Lund.

The construction manager for the Ofotbanen railway under the English period, Ole W. Lund.

But the English company went bankrupt in 1889.

It was not until 1898 that the Norwegian and Swedish governments resumed construction work, and in the autumn of 1902 the railway was completed.

During the Norwegian period, a service site was established for the work in Rombaksbotn, and for four years it was like a small town to be reckoned with.

Building a new and functioning railway line is an impressive feat, especially with the resources and technology of the time. One of the most notable structures along the stretch is Norddalsbrua – a 180 m pendulum pillar bridge that was built in order to be blown up.

It is not only the ore trains that operate the Ofotbanen railway. The railway line carries goods to and from the region, in addition to passenger traffic. Before the road across the National Border was built, the ski train transported avid skiers to the mountains in fully loaded trains.

The 43 kilometre long railway line from Narvik to Bjørnfjell is a continuous series of cultural-historical treats interspersed with beautiful nature and dizzying views.

We invited Leif Simonsen and Lars Slettjord on a train ride on Arctic Train, and together with them we have made a good attempt to catch most of the highlights along the Ofotbanen line – from the ghost in the water tower at Rombak to the football match in Grusgropa. Welcome aboard and have a good trip! Presenters: Ida Fossli and Trond Blomlie.

All historical photographs are part of Narvik municipal photo collection preserved by Narvik Museum. Several of the pictures can also be found at digitaltmuseum.no