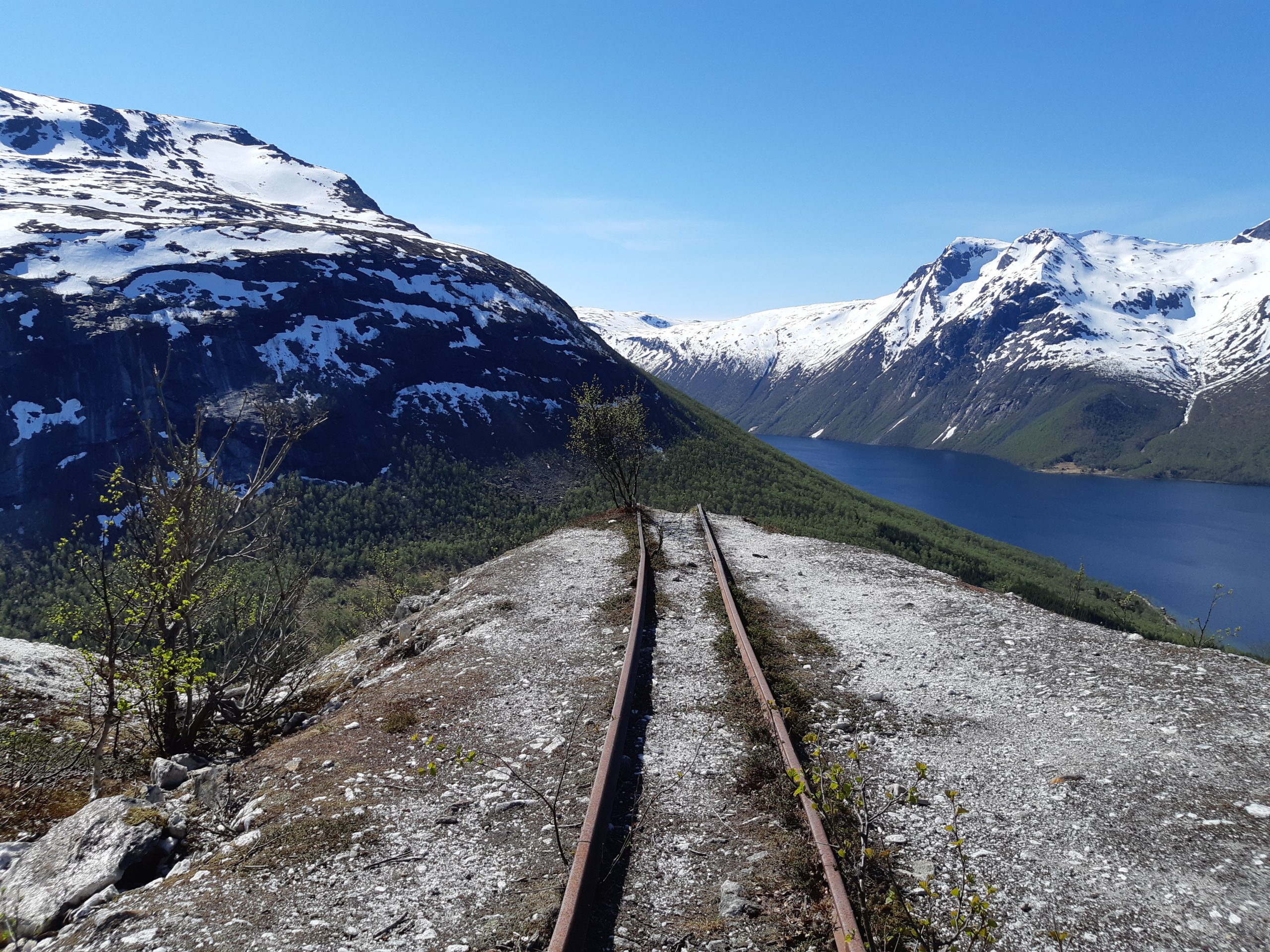 Perhaps one of the most complete of abandoned mining facilities in Ofoten is the quartz at Keiploftet.

The quartz and feldspar deposits are located at about 380 metres above sea level north of Eiterdalen in Råna.

The old construction road winds its way slowly up through the mountainside.

Although nature has reclaimed much of the area today, one can imagine what life as a miner at Keiploftet was like. At Keiploftet, 16 workers and an official worked.

The workers and chefs lived in barracks near the quarry.

In the barracks there is a kitchen, booth, bedroom and fireplace room. The forge still holds aces, drills and tools. In the cable car station, the electric motors and loading equipment are seen. Around the quarries, the vagges are abandoned. The loading dock is dilapidated.

The quartz deposit was found by farmer Peder Knudsen from Råndalen in 1910. In 1913, the extraction of feldspar started, but permanent operation did not start until 1949, and then under the auspices of Raandalen Kvarts and Feltspat AS. A subsidiary of Meråker smelter in Trøndelag. The company operated the deposit until 1966.

The quarter was transported by cable car from Keiploftet down to a silo at Storvatnet. From there, the quartz was driven to Råna by truck to the small shipping dock. In Rånbogen, storage silo and transport bands were set up.

From Råna, the ore went by boat to Muruvik in the Trondheimsfjord, and from there transported by rail to Meråker smelter, where the quartz was used in the production of ferrosilicon.

The quartz and feldspar at Keiploftet were of good quality, and the deposit is shaped like a large lens with very pure quartz parallel to large feldspar crystals.

The quartz is visually very clean and glass-ready. Though the brittleness of the quartz was a problem in connection with the transport to Meråker.

Text from “Treasures in mountains”.

The rich geology- and mining history of the area, and the community that built it.