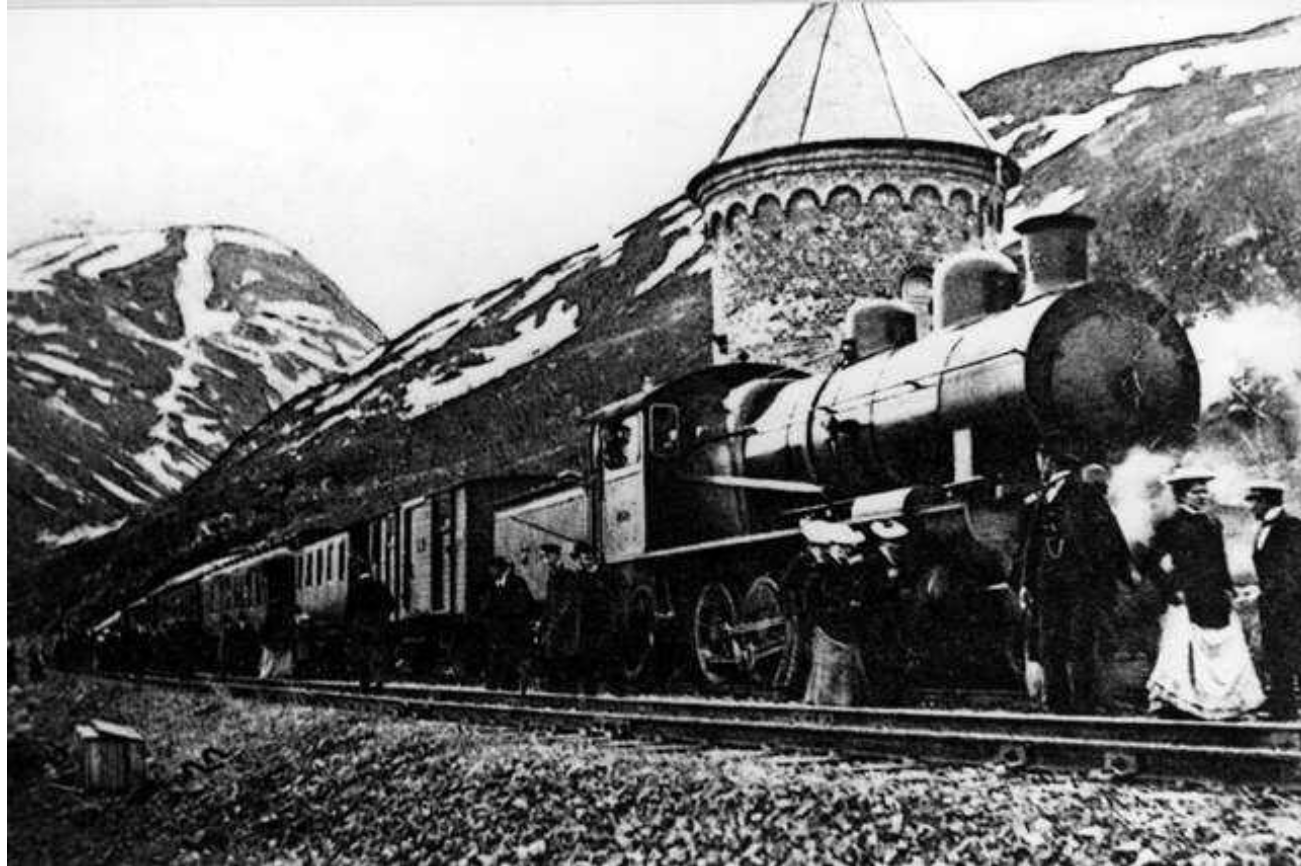 The water tower at Rombak station is one of several cultural monuments along the Ofotbanen railway.

When the Ofotbanen railway was built, water towers were needed to provide water for the locomotives in winter. Water towers were built at Straumsnes, Rombak (formerly Sildvik) and Katterat (formerly Hundalen).

In 1923, the Ofotbanen railway was electrified, and the water supply was no longer needed. The towers at Straumsnes and Katterat were demolished, while the tower at Rombak station was preserved.

The water tower at Rombak station was designed in 1901 by an unknown architect and probably built in 1902. In the tower the water tank roomed 30 tons and is located 4.5 meters above the rail height. Under the tank stands a heating furnace to prevent the water from froze in winter.

The water basin was built high in the mountains with intake from Ytre Sildvikelva. There was a significant level difference between the pool and the railway station. Therefore, a leveling basin was built, before the water main was brought to the water tower. In about 1990, a new roof was laid on the tower. (Retrieved from gamlenarvik.no)

All photographs are part of narvik municipal photo collection. Several of the pictures can also be found at digitaltmuseum.no.